Difference between revisions of "MakePython nRF52840"

Python is one of the most widely used, simple and easy-to-learn programming languages around. CircuitPython is a lean implementation of the Python 3 programming language that has been pared down to run efficiently on microcontrollers.
MakePython nRF52840 is a powerful, generic BLE MCU module target to CircuitPython/MicroPython learners & developers. It is true “breadboard compatible”, with the very detailed pins explanation, it is easy to learn& use. The nRF52840 is ready to take advantage of the considerable performance improvements for Bluetooth Low Energy (LE) with the arrival of the Bluetooth 5 specification. Of greatest importance is the support for longer range (up to x4 compared to Bluetooth 4.x) and doubling of on-air data rate, up to 2 Mbs from 1 Mbs in Bluetooth 4.x
The MakePython nRF52840 leads out all pins of Nordic nRF52840, is programmed with CircuitPython by default, users can begin the CircuitPython developing as getting then on hand. It is also compatible with the Arduino making it easy to get started if the correct bootloader downloaded. There also the Makerfabs MakePython ESP8266, MakePython ESP32 and so on. 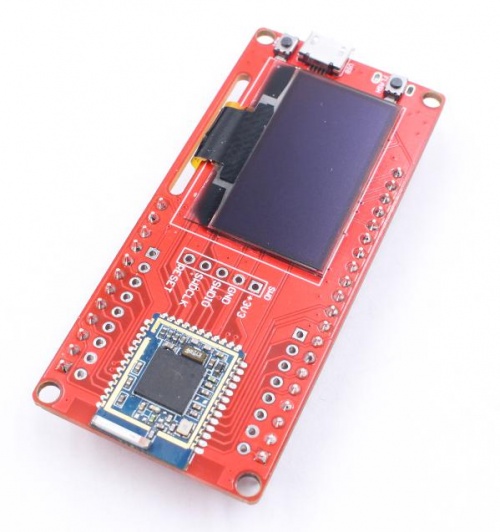 ① FLASH: Button
② Micro USB: USB to serial communication (Also supply power for the board)
③ RST: Reset button
④ SWD: Serial Wire Debug
Notice:
1. P0.26 Connected to OLED’s SDA and P0.27 connected to OLED’s SCL in the board.
2. OLED Driver SSD1315 is the update of SSD1306, compatible with SSD1306.
3. P1.10 connect to control a LED, output low to turn the LED on, output high to turn the LED off.
4. The top side of board(OLED side) microUSB is USB 2.0 port, the bottom side of board microUSB is USB-to-UART(CP2102) port. 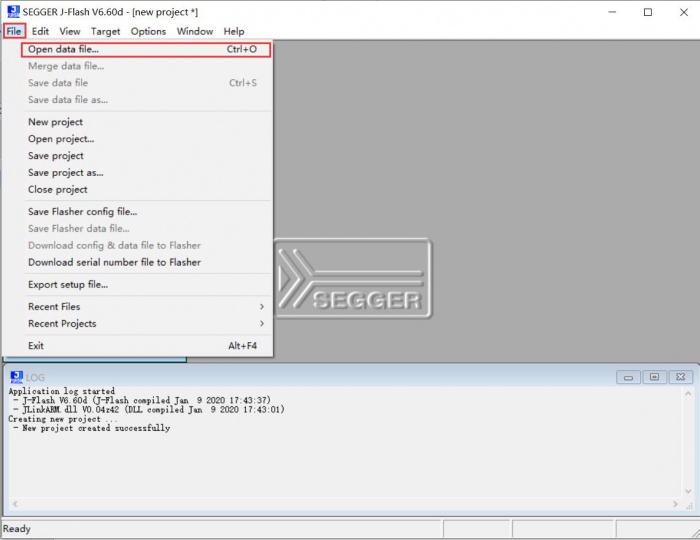 7. Press RST on the board, you can see a U disk with three files in it. 8. Copy circuitpython-for-makepython-nrf52840.uf2 to the USB disk. 5. You can program in code.py to achieve other functions

MakePython nRF52840 is also compatible with Arduino, if you download the correct bootloader, you can start Arduino development.


The previous steps 1 to 6 of downloading firmware are the same as circuitpython.
Replace the file of step 5 with this Arduino firmware: pca10056_bootloader-0.3.0_s140_6.1.1.hex

Plug the USB cable into the front MicroUSB port (the side with the screen)
1. Add Arduino board: 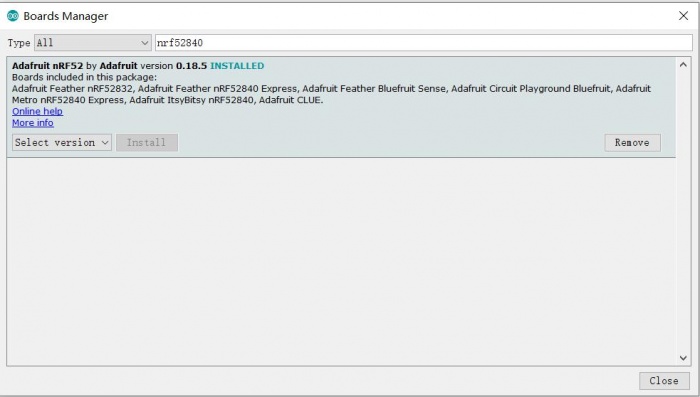 3. Nordic nRF52840DK(PCA10056) and the corresponding serial port were selected Select a color, click on the bottom right corner

The RGB ring will display the specified color
Show:

Because the serial insertion definition of MakePython NRF52840 is different from that of Adafruit, if you encounter problems with the Adafruit sample program, you can try to refer to this method
1. Plug the USB cable into both MicroUSB ports
2. Open the Arduino installation path:
C: \Users\AppData\Local\Arduino15\packages\adafruit\hardware\nrf52\0.19.0
3. Replace the boards.txt file

4. Open the variants in this directory and add the makerfabs_nrf52840 file 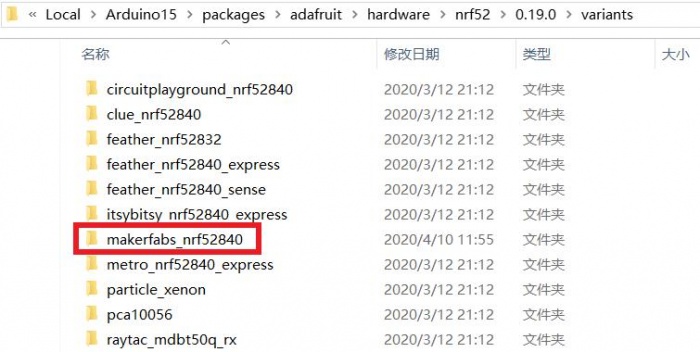 7. Download and open the sample program: Serial1_test.ino
8. Open the serial monitor, you can see the printed ‘Good Day in Makerfabs!’. At the same time, the serial tool displays: Hello, world?